I’ve been a professional photographer for 26 years now, having started my career shooting fashion in the good old days of film. How things have changed. I moved to digital in 2001, when I bought the first Canon D30 when it came out and haven’t looked back.

I’m a bit of a computer nerd. I wouldn’t call myself a full on geek, but I’m close. I know plenty of full on geeks, so can tell the difference. I’ve been interested in computers since they first got talked about while I was still at school. In my first job at the Atomic Energy Authority, I worked on the very first IBM PC, when it was released in the UK. For the last 20 years though, I’ve been a Apple Mac addict. From when my brother Stewart first bought one of the early all in one towers, I was hooked. As soon as digital photography took off, I bought my first Mac. Since that time, I’ve owned a number of towers, from the G3, G4, G5 and then I moved onto my first iMac 27″. Just a superb combination of excellent screen for a photographers eye and a neat desktop machine that fits into my home office.

As the processor is the heart of the machine, it tends to always pay to order the biggest one you can. But especially in this round of updates. I’ve heard very good things about the i9 processors. Memory, always order the minimum from Apple (8Gb in this case). Then buy more memory elsewhere, Crucial is always a good source, I bought 2x16Gb kit from Amazon. I have another 2x16Gb kit arriving today, to make it 64Gb total. Internal Drive, I find 1Tb is a good size. I keep all of my images on external drives. Meaning I don’t need a large internal drive. However, I still store stuff on the internal and have running out of room. So 1Tb is worth the upgrade imho. Graphics Card, the standard one is very high powered. I don’t do video, so don’t need to upgrade this, as it will be more than adequate for a photographers needs. It’s vastly more powered than my old machine.

It’s been a great machine. It’s done me proud over the last 5 years. One of the things I always look at in Macs, is how much the single core speeds have improved. Most of my processing is done in Adobe Lightroom Classic. Sadly, Adobe has never seen fit to rewrite the code for Lightroom, so for many of its processing tasks, it cannot use multiple cores. So regardless of how many cores a Mac may have, it’s essentially only using one of them for a lot of the work. This is partly why it’s been possible to hold off buying a new machine for 5 years. Because the new one’s just weren’t that much faster.

However, at 5 years old, any computer is going to start getting tired. I have a really busy year next year, as so many of this years weddings have been postponed until 2021, added to all the new weddings we’re booking too. Next year, there’s going to be a lot of weddings close together, that all need processing – and processing takes time. The worst thing about working on a computer is sitting and watching it do nothing. Watching the beachball spin or watching some process taking place, that doesn’t allow you to continue with your work. An example would be converting my raw images to DNG format. While that’s occurring, there’s not much else I can do in LR. And I can’t work on a 2nd wedding, as LR doesn’t allow you to have 2 catalogues open at the same time. So this can end up as wasted time. And it’s not just a case of making a cup of tea either. Many weddings I shoot using the Sony A9’s can produce 10,000 plus images. Converting those all to DNG, so that they produce large previews, for the cull is time consuming. It can take hours and hours. Often I’ll leave it running from the evening, overnight and it may still be working on them in the morning.

An upgrade was due. I nearly bought last years release. But it didn’t feel special enough. Then came along the unexpected release of the 2020 iMacs. They were released with no fanfare – as is often Apple’s way. Mainly because it’s not a design change or anything, just a speed bump of processors. But it’s a BIG speed bump. I’ve not read a single review so far, that’s unhappy with the upgrades made to the processors and the upgraded Graphics card too.

Geekbench is a great tool to get a rough idea of how fast a machine should perform in the real world. Of course, because it’s only measuring certain things, actually real world experience will differ. But lets start with it, as a guide.

I was pretty surprised by the single core results. The new iMac really isn’t that much faster than the old one based on the 32Gb scores. But adding an extra 32Gb (2x 16Gb) certainly boosted that. I don’t have the right memory for the old iMac to test what its results would be with 64Gb in it. Would be interesting to compare.

My new iMac is just over 20% faster than my old one. Based on the single core speed. That’s a nice upgrade and around the future I would have hoped for.

When looking at the multi core speeds, it’s 230% faster – wowzas!

This is a good test, since it’s one that on my old machine takes far too long. I settled on testing 100 Sony A9 raw files, convert to DNG, Full Size JPG preview, delete original after conversion, Embed Fast Load Data.

Another complaint about speed many photographers have is exporting. It is actually one of the few things that LR was reprogrammed for, to take advantage of multiple cores. So the results should be interesting, 10 cores versus the old 4.

Saving well over 1/3 of my time. Sublime!

This is obviously a very quick test of the new iMacs capabilities. I’d be happy to do more tests, if anyone has any suggestions or requests, put them in the comments. But, so far, I’m well pleased with the upgrade. Savings of over 30% of my work time are good savings. It means my processing time will be much more efficient, with more time spent adjusting images, not simply watching the beach ball spin.

If you still have questions, please do get in touch. We're happy to answer anything that might be on your mind. 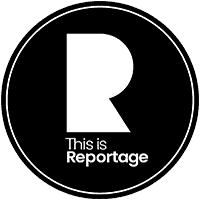 what sort of wedding are you planning?

Most of our wedding photography is normally within 100 miles of our home in Hampshire and the surrounding counties. But, we will happily quote for weddings anywhere in the UK and rest of the world, just get in touch for details.